previously i’d written about the freddy and jason-esque pre-order costumes for the new game NAUGHTY BEAR. the game released yesterday, and it is one of the most bizarre games i’ve ever played — sort of a surreal mix of GTA, HITMAN, MEET THE FEEBLES and children’s television. anyway — gamestop gave me not just one, but two of the pre-order codes for the jason voorhees inspired “slasher bear” costume — so i’m passing the second one on to the lucky reader who types it in first. the code is below… please leave a comment if you redeem it, and let us know what you think of NAUGHTY BEAR.

[code has been used and will no longer work] 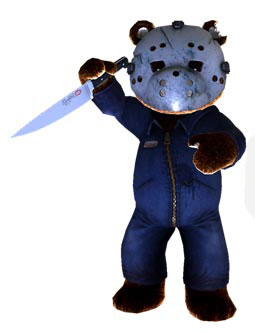