The Slasher Movie Book — Get a Free Copy Here

update: a winner has been randomly chosen and notified (manekochan from the comments section). thanks to all who left comments/sent emails detailing their favorite slasher film. jason, michael, and chucky films were all well represented… as were lesser known slashers such as THE PROWLER, SLUMBER PARTY MASSACRE, and BEHIND THE MASK. oddly, no ELM STREET movies were mentioned… but maybe the remake disenchanted some peeps and they’re trying to avoid thinking about freddy for a while. 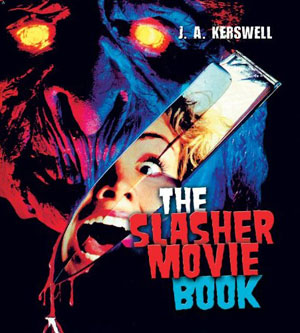 despite being a consistent cash cow, the slasher film sub-genre doesn’t get much mainstream attention, and when it does it’s usually negative. while it’s easy enough to find slasher films to watch, trying to find books or documentaries focused specifically on the genre will quickly lead you to discover only a few exist, and you can count the ones worth your time on one hand. well, get ready to use that other hand, because THE SLASHER MOVIE BOOK (aka TEENAGE WASTELAND for our friends in the UK) is now available for order, and after looking over a copy for myself, i can honestly say this is a ‘must-own’ for any fan of the genre.

j. a. kerswell (founder of hysteria-lives) has put together a visually stunning, well-written and comprehensive love letter to the slasher genre. many books of this type will either be too text-heavy with few or no images to accompany the text or simply be a gallery of cover art with a few sentences added in as an after-thought. THE SLASHER MOVIE BOOK seems to be an almost exact 50/50 mix of text and images that perfectly compliment each other. the text is passionately written and covers the slasher film from its early roots in other genres, year by year through the golden age, through its rebirth in the 1990s and then all the way to the 3D and remake craze we’re experiencing now. while jason, michael and freddy all get attention (as they should), the book references a wide range of films, including both hidden gems and neigh unwatchable garbage. the screenshots and posters are distinctively stylized and creatively laid out, and often feature images i’ve never seen before, whether they be foreign posters for films i’m well versed in or for films i’d never heard of (of which i was humbled and delighted to discover there were so many of).

if you’re reading this site, then there is no doubt this book is for you. if you like, head over to amazon right now and order a copy. choose expedited shipping — you won’t regret it.

however, if you’re more the patient sort, then there’s another option — you could get a copy for free! we’re having a little contest to give away a copy, and all you need to do to enter is email me the title of your very-most-super-favorite slasher film of all-time and a short explanation of why it’s your favorite. please email entries to corey@evilontwolegs.com or leave your answer in a comment below (please use a valid email address).

tell the best nostalgic story of seeing your favorite slasher film for the first time or make the best argument for why your choice is the most bestest slasher film ever made, and the words below could very well become a reality… 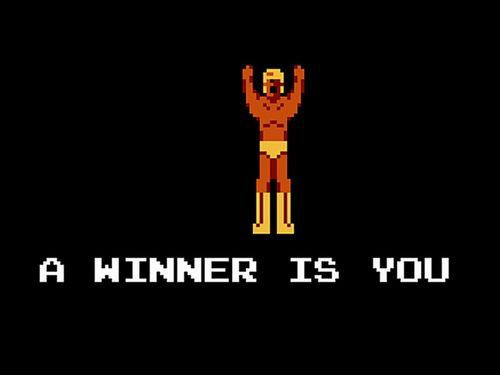