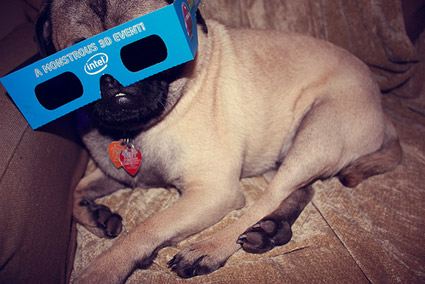 fangoria reports that the details of the my bloody valentine 3d dvd have been released. in addition to a commentary track with the director and co-writer and several featurettes, all versions (standard, special edition and blu-ray) will all feature the film in both 2d and 3d versions and include four sets of glasses. this will not be the real3d clear glasses used in the theater (that can’t work at home without special equipment), but will instead be the standard stereoscopic blue/red version. while not nearly as cool as real3d, this should still be quite entertaining and far better quality than the other slasher film just released on dvd in 3d. (here’s the cover art for the my bloody valentine 3d dvds.)

also, since i used a picture of a dog, that gives me a segue to be self-indulgent and post two pictures of my dogs (mulder & servo). i’ve included a prop so as to not stray too far from the topic of this blog. 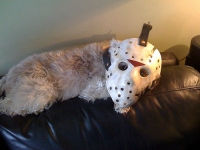 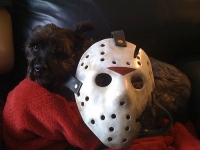 One Response to My Bloody Valentine 3D DVD and Dogs