May 24, 2010
Posted by
Corey
corey@evilontwolegs.com

maybe it’s just because we all have a innate dislike for authority, but whatever the reason — whenever we’re told explicitly not to do something, there’s always a part of us that wants to do that very thing, just because we were told not to. i have never seen a billboard radio station ad that convinced me to tune to that station, except for one i saw on the way to south carolina about ten years ago. the ad was white text on black that simply said “DO NOT TUNE YOUR RADIO TO 99.7 FM.”

it occurred to me recently that horror film advertising (particularly the vhs box art of the 1980s) occasionally uses similar tactics, most often in the form of warning labels such as “WARNING: CONTAINS GROTESQUE IMAGERY AND EXTREME VIOLENCE!,” which are meant to titillate, not serve as a public service message for the faint of heart. “BANNED IN 46 COUNTRIES!” isn’t mean to scare you off, but to draw you in, because obviously something bad enough that a fourth of the civilized world deems it worthy of censorship means that’s something you just have to see! below you’ll find other examples of warning labels on horror films i was able to find after doing a little creative google image searching (and with a little help from ReelyBored, deadlydolls, FreddysFingers and GdL16)… 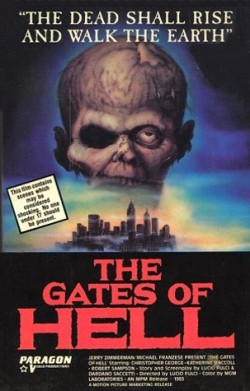 THE GATES OF HELL
“This film contains scenes which may be considered shocking. No one under 17 should be present.” 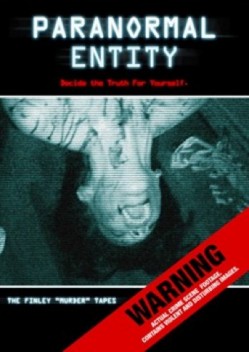 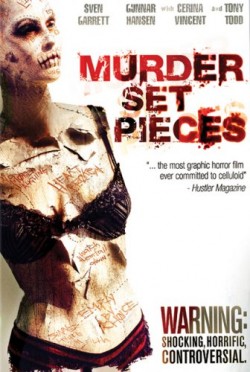 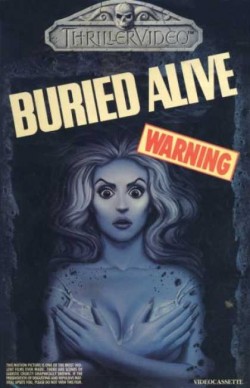 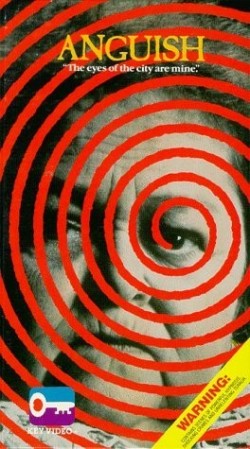 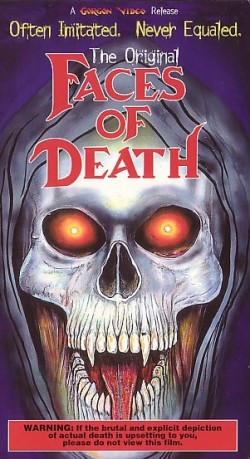 FACES OF DEATH
“WARNING: If the brutal and explicit depiction of actual death is upsetting to you, please do not view this film.” 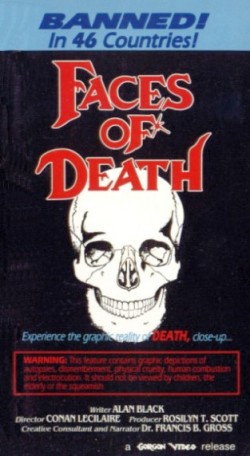 FACES OF DEATH
“BANNED! In 46 Countries! WARNING: This feature contains graphic depictions of autopsies, dismemberment, physical cruelty, human combustion and electrocution. It should not be viewed by children, the elderly or the squeamish.”

DRIVE-IN MASSACRE
“WARNING!!! DRIVE-IN MASSACRE has been deemed by an independent film board to be too terrifying for viewing by the average theatre patron. For this reason, it is suggested that those of you with severe emotional disorders or chronic coronary disfunction NOT see this movie. The risk is entirely yours.” 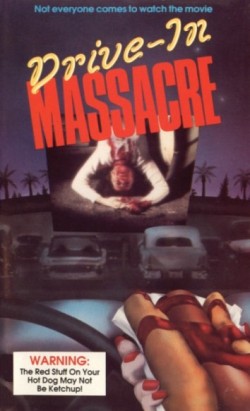 DRIVE-IN MASSACRE
“WARNING: The Red Stuff On Your Hot Dog May Not Be Ketchup!” 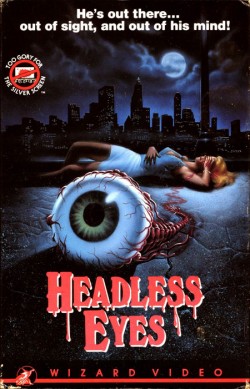 HEADLESS EYES
“TOO GORY FOR THE SILVER SCREEN” 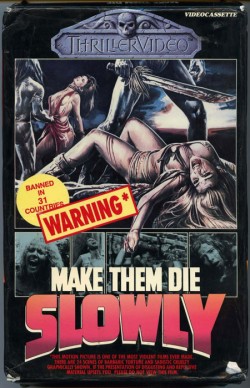 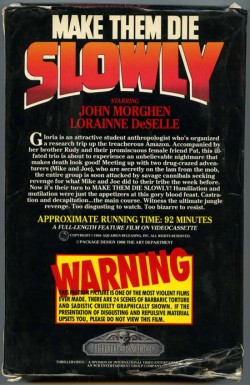 MAKE THEM DIE SLOWLY
“BANNED in 31 COUNTRIES. WARNING: THIS MOTION PICTURE IS ONE OF THE MOST VIOLENT FILMS EVER MADE. THERE ARE 24 SCENES OF BARBARIC TORTURE AND SADISTIC CRUELTY GRAPHICALLY SHOWN. IF THE PRESENTATION OF DISGUSTING AND REPULSIVE MATERIAL UPSETS YOU, PLEASE DO NOT VIEW THIS FILM.” 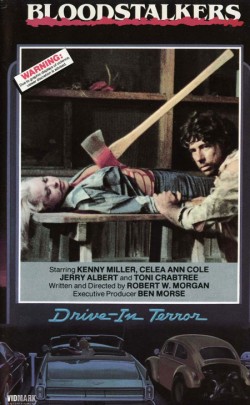 BLOODSTALKERS
“WARNING: Due to graphic displays of violence, viewer discretion is advised.” 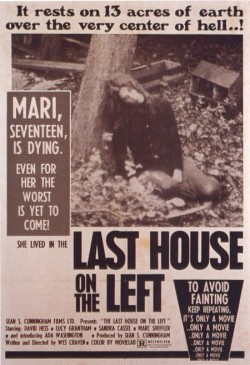 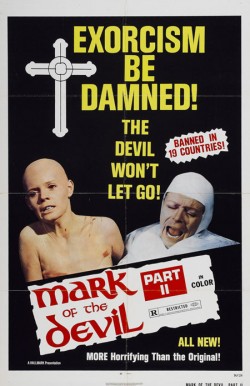 MARK OF THE DEVIL PART 2
“BANNED IN 19 COUNTRIES!” 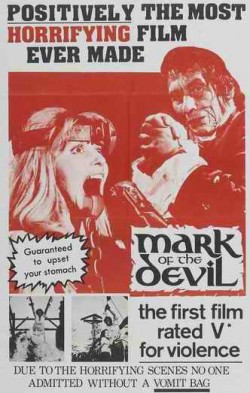 MARK OF THE DEVIL
“Guaranteed to upset your stomach. DUE TO THE HORRIFY SCENES NO ONE ADMITTED WITHOUT A VOMIT BAG.” 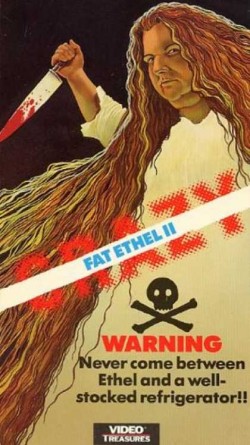 5 Responses to WARNING: DO NOT READ THIS BLOG POST