Crap That Won’t Fit On My Shelf

like most other film buffs, i sort of fetishize the collection of film, not just by organizing and cataloging my collection, but by obsessing over having the most complete and highest quality releases of my favorite movies. i believe i’ve actually owned close to ten different versions of HALLOWEEN, if you count vhs, dvd, blu-ray and various editions of each, and i’m sure i’ll own many more before my days are through. with all the special editions, collector’s editions, director’s cuts, enhanced and/or extended versions of the same film being released, occasionally film studios extend their “let’s add more!” mentality from the film and it’s special features to the actual packaging. after all, if we’re willing to pay extra for yet another version of ALIEN… certainly we’ll pay even more if it’s another version of ALIEN that comes in a big plastic egg, right?

for the most part, i avoid these types of things — but not always. sometimes i see a new special edition of something with some sort of novel packaging and think, “hey, i really need that.” every time i end up regretting this decision because for some reason, in the heat of the spending frenzy, i can never seem to remember what i’m instantly reminded of when i get home with the item — that none of this crap will fit on my effing shelf. with that in mind, i present to you six such items and a peak into my poor purchasing choices of the past. 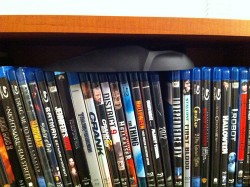 THE DARK NIGHT (ridiculous bat mask edition)
i think i got this thing at target, because it was $5 cheaper than the normal packaging. every time i see this oddly shaped, difficult to open and horribly inefficient design on my shelf, i think that that would have been a well spent five dollars. 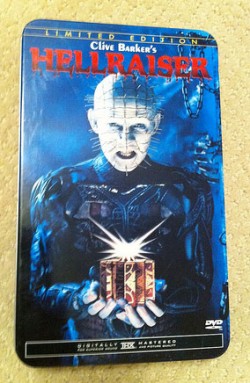 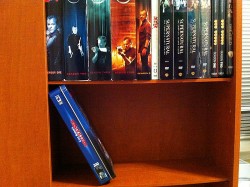 HELLRAISER (silly tin box edition)
this one looks pretty cool, but does it really need to be so damn tall? there’s nothing inside it that would require such a size — the dvds are simply sitting inside the tin in a normal 2-disc cd case. 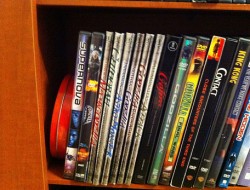 TOTAL RECALL (ludicrous mars tin edition)
this is really the only dvd i own that has a tendency to roll off the damn shelf. when browsing my collection, people often ask what this is, assuming i’ve just placed an old tin of really crappy looking candy on my shelf in the sci-fi section. if any other films had ever copied this idea, our collections would become unbrowsable since not only is there no way to identify this film from the side — the title of the film appears nowhere on the case, meaning you have to open it to know it’s TOTAL RECALL. 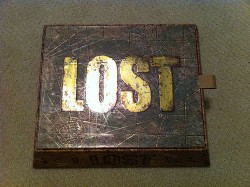 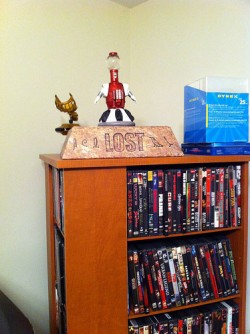 LOST (frickin’ huge edition)
one of the good things about dvd/blu-ray packaging is that, over time, the size of the packaging has been decreasing. remember those huge dvd sets of television season (i’m looking at you X-FILES and BUFFY)… well, now they’ve all been re-released in slim dvd packs or, if the show is on blu-ray, even slimmer blu-ray sets. LOST said “fuck you” to all that and released the single largest television box set i’ve seen. this one won’t even fit on the shelf awkwardly — this one i had to put on top of the shelf (next to tom servo and crow). 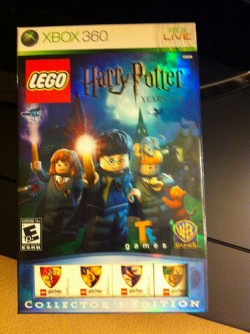 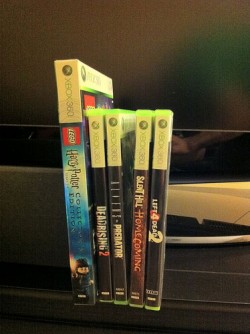 LEGO HARRY POTTER (crazily tall edition)
this isn’t a movie, but it follows the same logic. i bought this game for my wife because the way i am about horror — she’s that way about harry potter. i got the special edition because i knew she’d want all the making-of and behind-the-scenes featurettes, as well as the hogwarts house fridge magnets. i suppose they had to put those things somewhere, but couldn’t it have been thicker instead of taller? as it is, i have to lay it on its side to store it on our shelves or in my special “games we’re playing a lot of go in this drawer” drawer next to the tv. 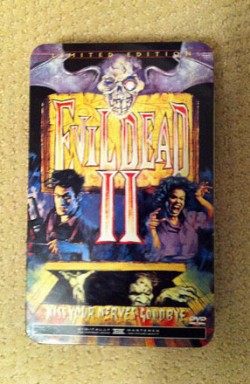 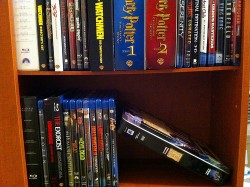 EVIL DEAD II (stupid tin box edition)
almost identical to the HELLRAISER tin box, this suffers from the same issues. this is another one of those films i’ve owned more than half a dozen different versions of over the years… including the little rubber “book of the dead” edition that screams when you touch it. i would have included that in this list as well, but it does actually fit on my shelf as it’s same the height of a dvd case, so i’ll leave it alone. apart from the occasional shock when my shelf screams at me for touching it, that edition is actually both practically sized and cool. 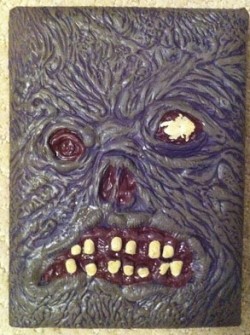 3 Responses to Crap That Won’t Fit On My Shelf