i recently found a year old forums thread on somethingawful.com unambiguously titled “screenshots from twilight with raptors photoshopped in!” you need an archive forums account at the site to view that thread, but i’ve reproduced some of my favorites of those images submitted below.

one might think that long extinct carnivorous dinosaurs might not fit into a teenage vampire love-story, but if you were that one, you would be sorely mistaken. as these images clearly show, i think raptors were the missing ingredient from the twilight saga… had they actually been included in the print and film versions of the stories, perhaps they would not have been such financial failures and so clearly alienated the critical demographic of female 12-16 year-olds. 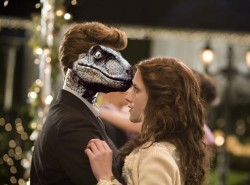 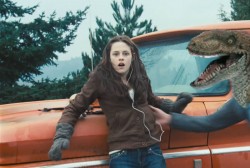 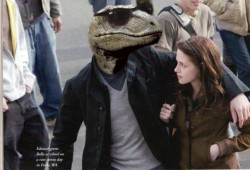 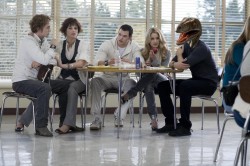 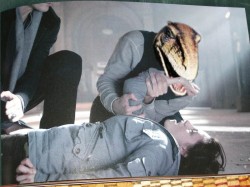 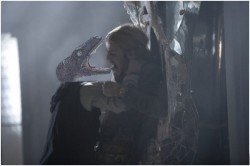 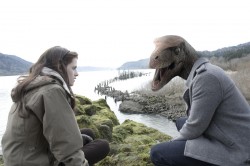 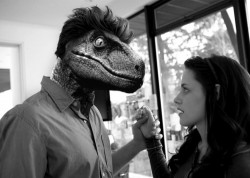 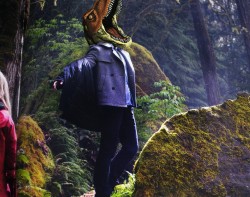 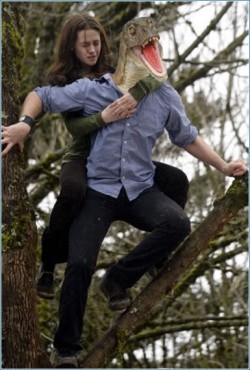 One Response to Sparkly Dinosaurs