Horror Film Ink: Six Bad-Ass Tattoos (and the Bad-Asses Who Wear Them)

One of my favorite episodes of the X-Files has always been “Never Again,” partly because it gave Dana Scully her own Mulder-free story, but also because it featured some interesting tattoos. I don’t have any myself, but I find them intriguing because they often signify something private or mysterious beneath the surface of those who wear them. In the world of film, horror films included, a tattoo often signifies that the person wearing it is a genu-ine bad-ass. 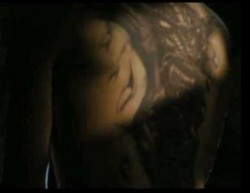 1. Lisbeth Salander in The Girl With The Dragon Tattoo
I never read Stieg Larsson’s novel, but the Swedish film adaptation of it is stylish and intriguing, largely because of Noomi Rapace’s portrayal of Lisbeth. She’s sexy, street-savvy, brilliant, tough, and all of this is symbolized by the full-length dragon tattoo on her back. But that’s not the only bad-ass tattoo in the film. When Lisbeth is victimized by her probation officer, she has her revenge by videotaping his attack, and then tattooing the words “I am a rapist and a sadistic pig” on his stomach. 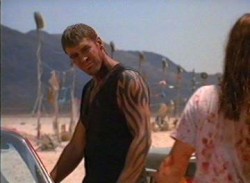 2. Seth Gecko in From Dusk ‘Til Dawn
A picture of Seth Gecko should be printed in the dictionary under the word “cool.” Sure, he’s a cold-blooded psychopath, but he’s also confident, bold, focused, and absolutely stylish. Everything from his car, to his clothes, and his tattoo screams that he’s cooler than you’ll ever be. And I love the way we never see the full extent of his tattoo until the end of the film. In a way, this mirrors one of the film’s themes. Just when you think a bad-ass biker bar couldn’t be more dangerous, it gets more dangerous. And just when you think Seth Gecko couldn’t get any cooler, he takes off his coat and does just that. 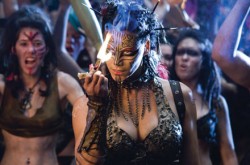 3. Viper in Doomsday
The reviews of this film were decidedly mixed, but I thought it was a fun and stylish mash-up of conventional post-apocalyptic scenarios. Plus, it’s got Viper in it. She’s the ultimate “bad girl” in that she’s wild, dangerous, and seductive, as evident by her tribal facial tattoos. I know that Sinclair is the film’s protagonist, and I like the fact that she’s basically the female version of Snake Plissken, but I couldn’t help but wish that she wouldn’t have killed Viper. Still, it was far more entertaining to watch those two go at it than watching Snake fight that sweaty fat man with a spiked baseball bat in Escape From New York. 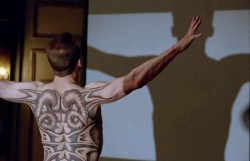 4. Francis Dolarhyde in Red Dragon
The “Tooth-Fairy” is a lousy nickname for Dolarhyde. Sure, he bites his victims and all that, but it’s just too silly an appellation for this far-out, cosmic-minded killer with his Blakean delusions. And the placement of this particular tattoo is rather ingenious in that he can keep it so well hidden during his workaday life. It’s a much safer route than, say, having dragon horns or something implanted in his skull, but still creepy enough to satisfy his dark, freaky urges and scare the bejeesus out of his victims. 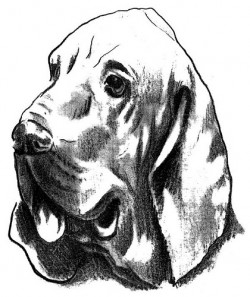 5. Beth in Hostel Part 2
As much as I liked Paxton in the first Hostel, he’s not nearly the bad-ass that Beth turns out to be in Hostel Part 2. In a typical horror film, a girl like Beth would stumble into something she wasn’t prepared to handle, and then fight her way out. Beth goes one or two steps further and proves that she’s much more than a scared, spoiled rich girl. In one of the greatest, turn-the-tables scenes in horror cinema, Beth demonstrates that she’s the much more qualified to join Elite Hunting than Stuart, her would-be killer. And by the end of the film, she’s got an Elite Hunting tattoo, as well as Stuart’s severed genitals, to prove it. 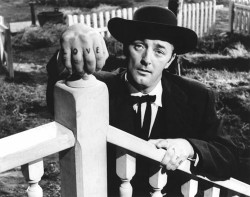 6. Reverend Harry Powell in Night of the Hunter
Robert Mitchum had already established himself as 1940’s film-noir staple, but his role as Reverend Harry Powell, the bible-thumping, throat-slitting con-artist with the words “LOVE” and “HATE” tattooed on his knuckles, made him the ultimate bad-ass. He’s got a little story to explain the tattoos, saying that helps him illustrate the inner struggle between good and evil that all men face. But with Powell, there is no inner struggle, as he’s perfectly fine with marrying his dead prison-mate’s widow before murdering her, then bullying her brother and stalking her children.