I’ve pretty much given up on television because I can’t watch it without seeing a commercial for The Jersey Shore or some like-minded show featuring the escapades of douchebags. And knowing that “The Situation” has published a BOOK makes me want to move to outer Mongolia, live in a dark, ice-encrusted cave, and never look at a television screen again. I’d do it, but that would mean giving up horror films. And I can’t have that. For one, horror films are a reprieve against shows like The Jersey Shore because they often warn us that douchebags are not harmless simpletons. They’re a dangerous societal problem. Here are five films that prove it.

This film hinges on the fact that Brandon Sinclair is a wannabe professor of the occult with a concentration in the kooky art of the Oujia board. All of his pretentious, pseudo-academic vocabulary can’t change the fact that his beloved Ouija board is basically a child’s game popularized by Parker Brothers. But what makes Brandon a world-class douchebag is that he brings this Oujia board to a party and then dominates the conversation with it, even when it’s clear that nobody else cares about it. Douchebags like Brandon simply can’t fathom the idea that people aren’t as interested in their dumb hobbies as they are. Then, to make matters worse, he leaves it behind when he finally goes home. If he had simply left his stupid Ouija board in the car, and brought a Pepsi or a bag of chips to the party like a normal person, then Linda would have never found his Ouija board and fooled around with it, thus provoking the wrath of the evil spirit Malfeitor.

One of the recurring themes in horror films is that the safety and seclusion of suburbia is an illusion. In Poltergeist, it only takes one douchebag to ruin suburban bliss for everyone when Steve learns that his swimming pool, cozy little house, and entire neighborhood was built on an old graveyard. And Mr. Teague, his boss and real estate mogul in charge of the neighborhood’s development, never bothered to move the bodies. This means that Steve has been having his blissful backyard barbecues on top of some very dead, but very angry spirits. This would be horrific enough, but it’s the callous disregard for decency that makes Mr. Teague a true douchebag of villainous proportions. 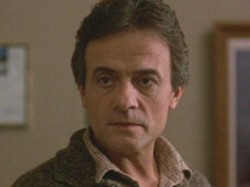 This franchise really needed part 7. The previous two films were disappointing, but part 7 is arguably one of the best in the entire series. So, in a way, I guess I should be thankful that Dr. Crews was such a manipulative, selfish douchebag in the way that he treats Tina Shepard. Had he been a decent and caring doctor, and not chosen to study and exploit Tina’s telekinetic powers by taking her to the very spot where her father was brutally murdered, then Tina wouldn’t have psychically spazzed out enough to inadvertently resurrect Jason. It’s hard to say, really, who’s worse – Jason or Dr. Crews. For instance, in a shocking display of his true nature, Crews uses Tina’s mother as a human shield. Mercifully, Jason puts an end to the doctor’s evil douchebag rampage by killing him with a saw. 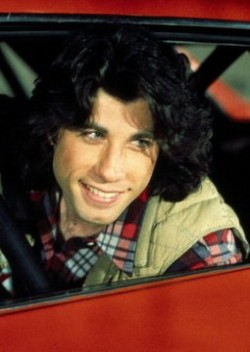 Billy Nolan is greasy, mean, and stupid – the perfect douchebag. While Chris is the actual villain of the film, and the one who hates Carrie the most, she could not have carried out her plans to humiliate Carrie without the help of Billy. He doesn’t have anything against Carrie, but a douchebag doesn’t need any real or deep-seated motivation. They just go with their misguided instincts and primal urges. His girlfriend Chris tells him to kill a pig, drain its blood, and then hang it in a bucket above the gymnasium, and so that’s exactly what he does. And the resulting mayhem caused by a blood-drenched Carrie is now a horror film classic. 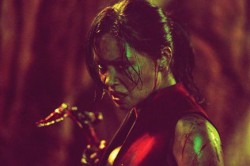 Traditionally, the status of douchebag is reserved for males who take their reckless and brazen behavior to shocking new heights of selfishness or stupidity. However, Juno is the undisputed heavy-weight champ and queen mother of all douchebags. First, she has an affair with her friend’s husband, and even carries around a gift she received from him even after he’s killed in a car accident. And then she has the gall to “apologize” for not being around her friend so much after the accident. Also, when she accidentally injures another friend, Beth, she does nothing to help her, and instead panics and leaves her behind to die. In true douchebag fashion, Juno’s instinct for self-preservation trumps all other concerns. An equally audacious and unforgivable act is her decision to take an inexperienced, already traumatized group into dangerous, unexplored cave system, while lying about it and insisting that she knows exactly where she’s going. It’s the sort of wildly reckless, smug confidence that is at the heart of being a douchebag. And, of course, had she simply taken them to the cave she was supposed to, they wouldn’t have had their disastrous encounter with a murderous race of underground cave mutants.