Conventional wisdom suggests that horror films offer cheap thrills, voyeuristic indulgences, and the satisfaction of our darker impulses towards violence and death. I won’t argue against any of that, but I will add that horror films can also offer more wholesome and practical life lessons. In fact, if I were designing my own private high school, I’m certain I’d make horror films the foundation of its academics. I’m convinced that you could learn all the educational basics, plus it would make high school far more interesting and engaging. Here’s a small sampling of what my curriculum would look like.

Longfellow’s “Song of Hiawatha” and Arthur Miller’s Death of a Salesman are terrific works of literature that I eventually learned to appreciate, but reading them in high school nearly made me catatonic. If it wasn’t written in comic form, I simply wasn’t that interested. I would have learned to appreciate literature much sooner had I seen Polanski’s The Ninth Gate in high school. For one, it’s a horror film that explores both the glamor and dark underbelly of the rare book business. It actually makes books, bookstores, and book dealers seem incredibly cool. It’s also a film that suggests presumably boring, old-fashioned pursuits such as research and reading can offer unique experiences (such as getting laid by a very sexy she-devil) and possibilities for achieving power that wouldn’t be possible otherwise.

In his introductory essay on existentialist philosophy, Sartre argues that “existence precedes essence” and therefore “man is responsible for what he is.” We are the product of our actions and decisions, and it is only through the sum of our actions and experiences that we can formulate our subjective sense of self. In other words, you aren’t really “you” until your actions define you as such. But the Saw franchise explores this with more nuance and clarity than I can offer here. Aside from his beef with the medical profession, Jigsaw is a philosopher who wants to prove that his subjects have a distorted and artificial sense of who they are because they have not acted according to their full human potential. Does Jigsaw really free Amanda Young to choose who she wants to be, or does he simply torture her into a distorted version of her true self? The franchise could also be used to explore Schopenhauer’s classic inquiries as to whether we are motivated by the forces of self-preservation or by an innate regard for others. 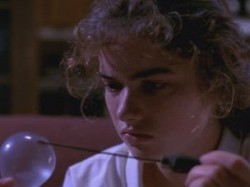 When I took shop in high school, we learned how to make ashtrays and birdfeeders from a textbook called something like “Modern Woodworking.” Nancy uses a far more interesting textbook called “Booby Traps & Improvised Anti-Personnel Devices” to lay traps all around her house to help in her fight against Krueger. In doing so, she demonstrates some impressive skills, such as carefully drilling a hole into a fragile light bulb, installing a bolt on her bedroom door, engineering a trigger mechanism for her sledgehammer trap, and making a tripwire. Her creations are, of course, far deadlier than birdfeeders, but probably more useful.

Nothing in Steven Spielberg’s first feature-length film is as horrifying or bloody as Highways of Agony, the film I saw in my driver’s education class, but Duel is a taut study in psychological horror and an arguably better primer for any student wanting to learn the rules of the road. During the film, the road-weary David Mann must learn how to safely pass a wildly unpredictable motorist, how to handle a narrow, curvy road, what to do if your bumper gets stuck in a school bus, and how to maintain proper engine temperature while driving at a steep incline. 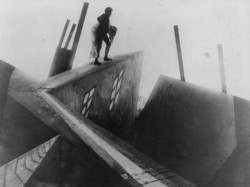 Robert Wiene’s film is widely regarded as a foundational moment in the horror genre. It’s also a visually engaging introduction to the development of expressionism and surrealism. With its hand-painted sets that depict an exaggerated and askew world, it’s the perfect introduction to the expressionist idea that that external is a representation of internal psychological states. And with its emphasis on somnambulism and altered states, it’s also a good introduction to the surrealist aesthetic that our lives are far stranger, but also more interesting when we escape the confines of our rational, bourgeois trappings. 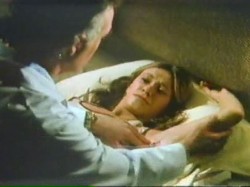 When I took biology in high school, we dissected formaldehyde soaked frogs. While I still remember marveling at just how tiny a frog’s brain really is, I didn’t really learn anything that impacts my daily life or how I think about the human condition. David Cronenberg, on the other hand, has made a career out of making biologically-themed horror films that explore the fact that our existence is far more radically viral and prone to contamination than we’d like to think. In particular, his film Rabid would make a great introduction to viral biology and the logistics of immunology. And because the film stars Marilyn Chambers, it could also be used in health and sex-education classes.