The Horrors of Garbage Pail Kids

most of us discovered our love of horror early in life, and the reasons for this probably aren’t that hard to determine. apart from the obvious ‘things that traumatize us as children become sources of attraction in adulthood’ concept, there’s the simple fact that the horror genre is considered somewhat taboo, and kids love things that they’re not supposed to be exposed to. films and music are the obvious childhood battlegrounds for challenging your parent’s authority, but they are far from the only ones. toys, candy and collectibles also feature items designed to gross-out parents, teachers and sensitive classmates (here’s a good list of candy examples).

from my own childhood, the item i remember most that seemed to serve no other purpose than to gross out those around you was ‘garbage pail kids’ collectible cards. designed as sort of an “eff you” to both the baseball cards our fathers once collected and, obviously, the ‘cabbage patch kid’ mania sweeping the nation in the mid 1980s, these cards were the must-have item when i was eleven. each card featured a cartoon image of a child experiencing some sort of trauma, torture, fatal injury or performing some similarly heinous act themselves. under that picture would be the child’s name, which was usually some sort of bad pun, rhyme or alliteration. a good example of this is ‘blown joan.’ 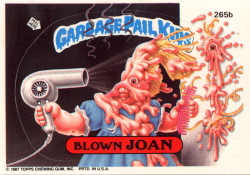 there were usually two variations of each card, each with the same image but a different name (e.g. ‘blown joan’ is also known as ‘curly shirley’). the cards pretty much grossed out anyone who saw them (including the kids who bought them). which was, of course, awesome. how they were able to release images of children either in the process of dying or already dead is beyond me, but the cards were very popular through the late 1980s and early 1990s, and have actually seen a resurgence as new cards and retro releases of the originals have been produced in the last few years. i found several sites that catalog all the cards, so this weekend i spent quite a while looking through every single garbage pail kids card ever released, pulling out those that either directly reference horror films or are based heavily on horror themes. below is the fruit of that labor, so take a stroll with me down horror-nostalgia-gross-out lane… 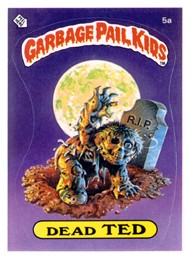 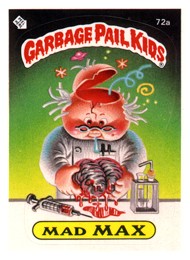 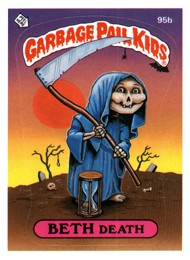 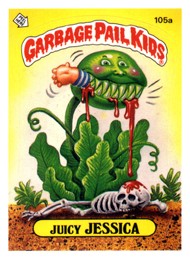 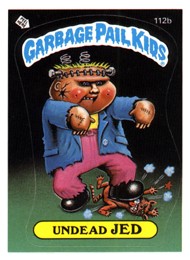 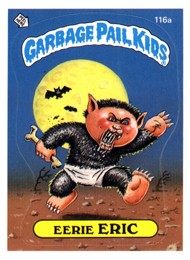 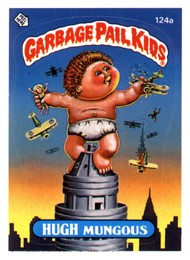 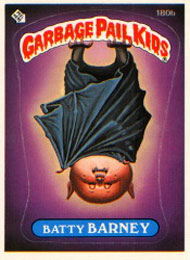 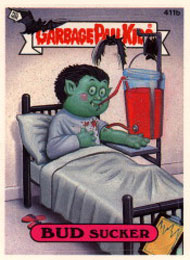 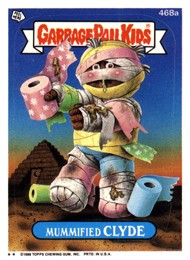 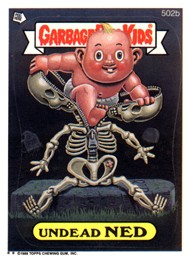 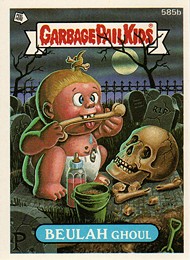 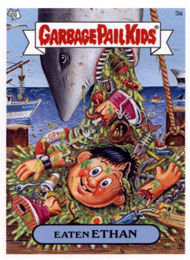 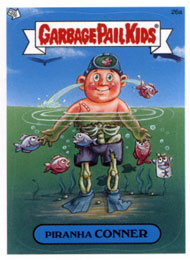 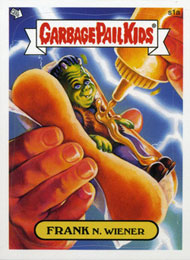 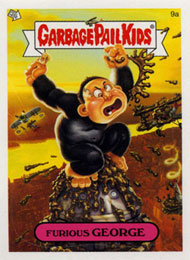 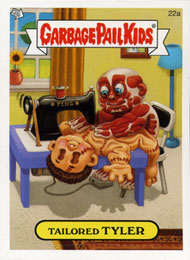 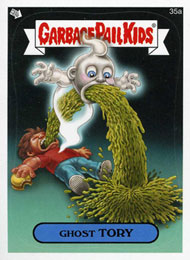 not many of the cards directly references slasher films, but two notable exceptions are ‘slasher asher’ (aka ‘claude flesh’) and ‘hollow wayne’ (aka ‘jacqueline lantern’). 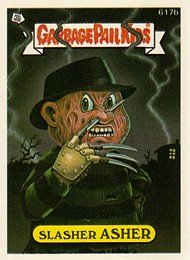 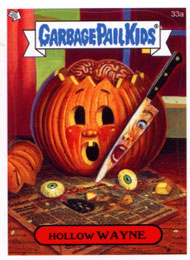 when i was a kid, having a ‘garbage pail kids’ card with your name was the ultimate in coolness (which is probably why they released at least two names for every card). unfortunately there was never a ‘corey’ card as i was growing up (the closest thing was ‘cory on the cob’), but in the new cards there are two! now if only i was eleven again, these would both go front-and-center on my trapper keeper. 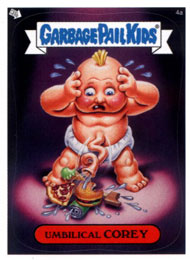 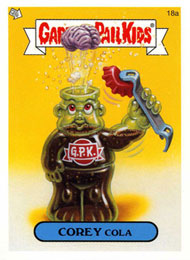 if you want to look at more cards or search for your own name, the three sites below will allow you to do both of those things.

4 Responses to The Horrors of Garbage Pail Kids