The First Victims in Horror Cinema: A Tribute

Every horror fan knows the symbolic importance of the final girl. She’s a resilient, sympathetic counter-force to the film’s antagonist. But what about those unlucky few who die first? They may not always demand our attention or stick in our memory, but they, too, have an important role to perform. If I had a 40oz adult beverage anywhere in my house, I’d pour it on the floor in their honor. Since I drank the last one last night, and it would make a mess anyway, I’ll offer this post as tribute instead. 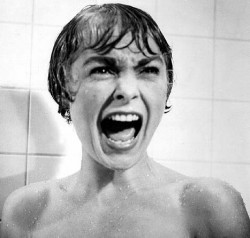 Hitchcock’s masterpiece has been thoroughly analyzed, reviewed, and critiqued for half a century now, but it’s still as subversive as ever. This is due in part to Hitchcock having the film’s leading lady and most recognizable star murdered halfway into the story, and after he’s made sure that we feel the appropriate amount of concern and sympathy for her plight. She’s a woman on the run, and she’s done some morally questionable things, but we want her to make it to California, put the past behind her, and start a new life. Of course, all of that becomes irrelevant after she meets Norman Bates, and her death signals a major shift, as the story now belongs to this creepy mama’s boy.

Dietrich doesn’t command a lot of attention amongst her more demonstrative marines. Hudson is the team’s loud-mouth clown, Vasquez is their sharp-tongued badass, and Dietrich is the quiet but confident medic. After she examines Newt and declares her perfectly healthy, she ironically becomes the first victim of the aliens. The fact that the team’s medic is the very first to go is a clear sign of things to come. Soon after, they lose their commander and their pilot and are left to fend for themselves with no expectations of help or reprieve. 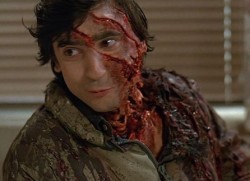 Jack Goodman, in An American Werewolf in London (1981)

One of the many things I love about An American Werewolf in London is the fact that it works on so many different levels. It’s a romance, a comedy, a monster movie, and a buddy film, even if one of the buddies happens to be dead and decaying at an alarming rate. Jack dies early in the story, but he is nevertheless the film’s moral conscience and its chief source of humor. His ghostly and increasingly grotesque presence reminds David not only of the tragic loss of his best friend, but of David’s own dwindling humanity. 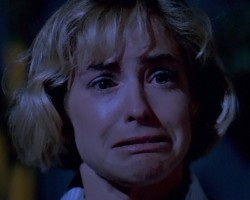 The original Nightmare is, at its core, about vengeance . It’s about concerned parents taking the law into their own hands, the victim of vigilante justice having his revenge, and all sorts of past and present sins coming to light. Freddy is a pedophilic, murderous ghost, but he’s also, in some ways, a puritanical scourge who calls attention to Elm Street’s dirty little secrets and dark underbelly. It’s therefore not surprising that the sexually promiscuous Tina and her trouble-making, thug of a boyfriend are his first victims. 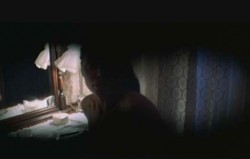 The fact that Carpenter’s famous opening scene to this film is one continuous shot, that it’s from the point-of-view of the killer, and that the camera seems to probe and zoom with disembodied ease and penetration all speak to its lurid brilliance. And then there’s the way young Michael so inexplicably murders his sister. It’s a clear sign that the ordinary rules that govern character and plot have just been abandoned for something far more sinister and horrifying.

It’s a sad, but well known fact that in the horror genre, the black guy rarely makes it to the end of the film. Visionary director Stephen Spielberg bucked this tradition in Jurassic Park by not letting the black guy make it out of the first four minutes of the film, as he’s almost immediately sucked into a metal crate by a velociraptor. Still, it’s an effective moment in the film because it’s a clear indication that those dinosaurs just aren’t going to make practical pets for rich, bourgeois tourists.

6 Responses to The First Victims in Horror Cinema: A Tribute